Independent news from across rural and regional Australia
ArtsIndigenousNewsShowsTourismWA 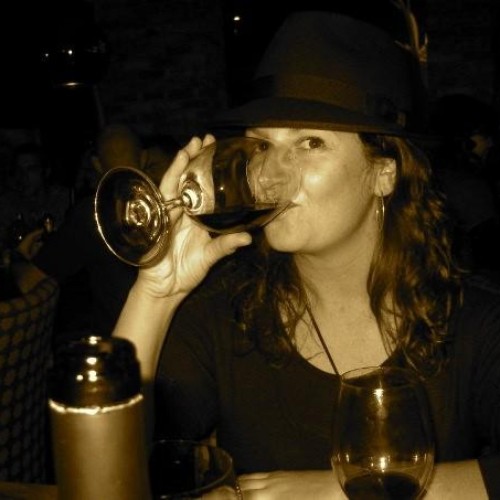 Dianne Bortoletto, ARR.Newshttps://www.prontopr.com.au/diannebortoletto.html
Dianne Bortoletto is a freelance writer based in Western Australia. She wishes she could surf, pretends to keep fit, an ex-chocoholic, a people watcher, a traveller and shamelessly addicted to proper Italian coffee.

Over 12,000 event attendees celebrated the return of the nine-day Argyle Diamonds Ord Valley Muster held in Kununurra, Western Australia, from 21 to 29 May 2021 after 2020 was cancelled.

Of the 30+ events in the Muster program, all of them sold out weeks in advance bar one.

New events added to the program this year included Art in the Park featuring 40 local artists, Storytelling Night around a fire by Miriwoong elder David Newry, and the free family-friendly event, Party in the Park to close the festival.

“It’s good to be involved in the Muster and share stories about station days, my culture, teaching young, our family structure, a bit of bush tucker, the land and our country, it helps people learn and understand, it was very good,” Newry said.

Also new this year was the hand-picked comedy show which was a roaring success, attended by 1,000 people over two nights who were in stitches with laughter to award-winning comedians Fiona O’Loughlin, Ivan Aristiguieta and Kevin Kropinyeri.

Ivan Aristeguieta said that it was great to be performing in front of a large audience.

“All of us comedians got sticky-feet, we all ran over our sets and were on stage longer because the crowd was so good. Everyone was relaxed and happy, it was really excellent,” the Venezuelan-born comedian said.

Ord Valley Events chairman Beau Robinson said that there was no better way to end the festival.

“It was a strategic decision to ensure that Party in the Park was free and accessible to everyone and the vibe was just what we’d hoped for – a welcoming, fun, joyful showcase that involved many members of the community,” Robinson said.

With the Ord Valley Muster, the Department of Communities funded a hip hop program delivered in partnership with local youth services for up to 30 of the East Kimberley’s disengaged youth. The week leading up to Party in the Park, First Nations rapper “Flewnt” along with “Optamust” ran workshops with at-risk youth. The week culminated in the song “What Nah”, written and produced by the young people themselves, performed for the first time in front of a cheering crowd.

The popular Diamond Dig at Party in the Park was divided into three with a giant sand pit each for toddler, under 12s and 13-years and older. Those keen to find a diamond purchased a ticket and furiously dug their way through 60 cubic metres of sand looking for a numbered wooden peg; there were 100 prizes for each age group.

Ahead of the Muster, local photographer Ben Broady ran a four-hour event photography workshop with 15 students from East Kimberley College, giving them a brief “it’s in all the detail” to capture moments during the nine-day festival. Students attended all the Muster events and entered their best photo into a competition. Photo entries were on display at Party in Park and the best photo won a young snapper a new Canon DSLR Camera, second prize won an A4 acrylic Ben Broady photo of their choice and third prize was a two-hour photography workshop.

Celebrating its 20th anniversary in 2021, the Aviair HeliSpirit Kimberley Moon Experience on Saturday 22 May sold out with 600 people in the black-tie Kimberley Fine Diamonds Dinner, 900 people in the licensed Garden Bar and 2000 in general admission.

The nation’s most remote party was headlined by one of Australia’s most successful female artists, Jessica Mauboy, who last performed at the Muster as an up-and-coming 16 year old in 2006.

Joining Mauboy was the award-winning duo Busby Marou and up and coming Indigenous singer-songwriter Emily Wurramara.

Over the festival, guided Wild Walks were held in Mirima National Park, early morning yoga sessions were held on Triple J boats gently floating along the Ord River, and 2,000 punters donned hats and boots at a proper country rodeo.

“With the pandemic cancelling last year and our tourism operators and businesses really suffering, this year’s Ord Valley Muster had given us all a boost – the town is at capacity, tours are full, people are here having a good time, it’s so good to see,” Robinson said.

“I’ve never been prouder to be on the Ord Valley Events Board – the Ord Valley Muster has been epic, and the new venue at Celebrity Tree Park was incredible and worked really well generally and we’re aware that some changes that are needed and we’ll make some improvements for next year.”